The global wound dressing market generated $11.4 billion revenue in 2017 and is projected to witness a CAGR of 7.2% during 2018 – 2023. The market growth is mainly led by the increasing volume of surgeries; rising number of road accidents; surge in the number of burn cases; growing incidence of chronic wounds such as diabetic foot ulcers, pressure ulcers and venous ulcers; and rising prevalence of diabetes. 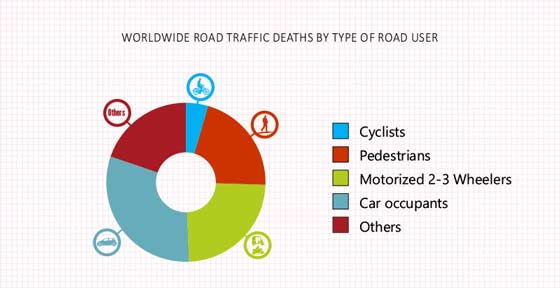 Foam dressings was the largest category in the advanced wound dressing market, with 24.8% contribution in 2017. This is attributable to the advantages offered by foam dressings, such as warm and moist environment ideal for healing, barrier against bacteria, suitability for wounds with hypergranulation, ease of application and removal, and ability to be used in compression therapy.

During the forecast period, the wound dressing market is expected to witness the fastest growth in Asia-Pacific (APAC), exhibiting a CAGR of 8.2%. This can be attributed to the growing prevalence of diabetes, increasing geriatric population, and increasing number of accidents and burn cases in the region. According to Global Status Report on Road Safety, in 2015, approximately 261,367 fatal cases were reported in China and 207,551 fatal cases were reported in India. Similarly, according to International Diabetes Federation (IDF), approximately 142.7 million diabetes cases are estimated in 2035 in China. As a result, demand for wound dressings is expected to increase in this region.

Increasing volume of surgeries; rising number of road accidents; surge in the number of burn cases; growing incidence of chronic wounds such as diabetic foot ulcer, pressure ulcer, and venous ulcer; and rising prevalence of diabetes are some of the drivers of the wound dressing market.

Surgeries are performed by making incision on the body, which leads to wound formation. Wound dressings are used in almost all surgical procedures for cleaning as well as treating the wound. For instance, they are used in neurosurgical procedures, cardiac surgery, bariatric surgery, leg surgery, ophthalmic, cesarean and orthopedic surgery. Wound dressings are commonly used to prevent infection and reduce recovery time after surgery. Hence, the demand for wound dressings is expected increase in future.

Additionally, according to the World Health Organization (WHO), the global diabetes prevalence has increased from 4.7% to 8.5% from 1980 to 2014. According to International Diabetes Federation (IDF), Western Pacific region has recorded maximum diabetes cases; its prevalence was 138 million cases in 2014, which is expected to reach 202 million in 2035.

Similarly, as reported by National Institute for Health and Care Excellence (NICE), in 2016, the prevalence of venous leg ulcers was approximately between 0.1% and 0.3% in the U.K. Diabetic patients are at higher risk of developing diabetic foot ulcers which is a type of chronic wound, the treatment of which requires the use of wound dressings. The increasing prevalence of diabetes is expected to lead to increase in the incidence of diabetic foot ulcers; thereby driving the growth of the wound dressing market during the forecast period.

Furthermore, more than 1.3 million fire accidents were reported by fire departments in 2016, resulting in an estimated 3,390 civilian deaths, as per National Fire Protection Association. Moreover, according to the World Health Organization (WHO) publication in 2014, nearly 1 million people suffer from moderate to severe burns every year in India. The treatment of burn involves the use of wound dressings for the healing of the wounds; Thus, increasing cases of burn and diabetes are expected to driving the wound dressing market.

The companies operating in the wound dressing industry are launching advanced wound dressings to increase their market share and expand their product portfolio. For instance, in April 2017, ConvaTec Group Plc announced the U.S. launch of Foam Lite, a light and flexible silicone foam dressing for managing low to non-exuding chronic and acute wounds.