The Middle East & African (MEA) region is expected to witness the fastest revenue growth in the virtual power plant market, during the forecast period. This can be mainly attributed to the development of new renewable power projects in countries such as Saudi Arabia, the U.A.E. and South Africa, as they aim to diversify their power sector through the promotion of renewable energy. Owing to this, the demand for setting up VPPs will increase, to effectively manage the distributed energy resources. 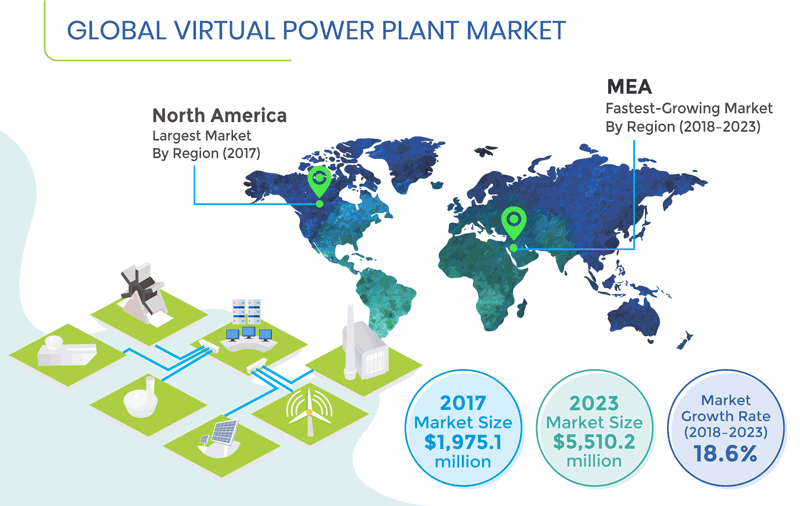 The growing investments for setting up new VPPs are being witnessed as a major trend in the virtual power plant market. Conventional power plants require huge capital for construction as well as management. Whereas, a VPP is a centralized control system, connected to power generating and transmitting units, which is why it requires lesser capital and can integrate various distributed energy resources. Global players such as Tesla Inc. have announced large-scale investment plans for setting up VPPs.

Energy production from renewable sources is growing faster than from fossil fuels. It is estimated that the share of renewable sources in power generation, worldwide, would reach 20% by the end of 2035, compared to 7% in 2015. The development of renewable power projects will generate a high amount of energy, which will require a developed power evacuation infrastructure, in order to support its reliable flow. This would accelerate the creation of VPPs, which would ensure the integration of newly developed renewable power projects with the power evacuation infrastructure, thereby driving the virtual power plant market.

Countries such as India, Indonesia, and Nigeria suffer from acute power shortage, due to their inadequate power infrastructure. To ensure long-term sustainable and a smoothly integrated power system, such emerging economics have increased their spending on the development of VPPs, thereby offering the virtual power plant market lucrative opportunities. 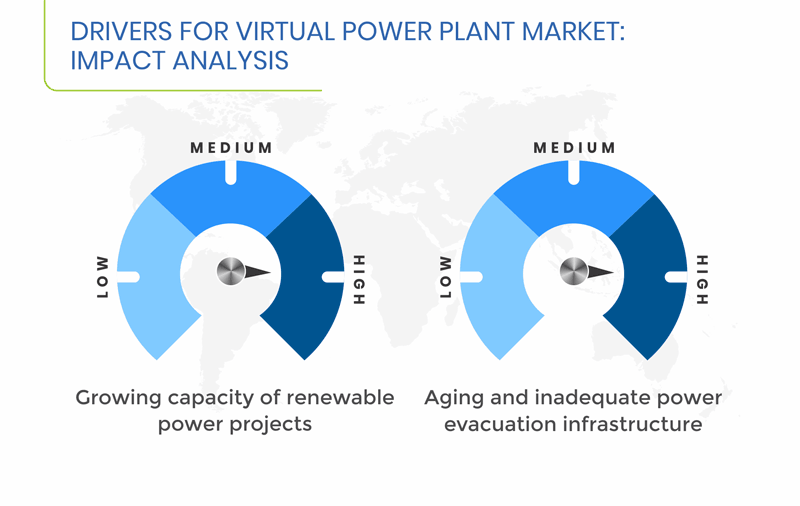 In 2017, demand response was the largest category, by technology, in the virtual power plant market. This can be attributed to its higher adoption in North America, particularly the U.S., which is also the largest market for VPPs in the world. Here, the electricity generated from renewable power projects has necessitated the need for VPPs, for centralized control.

The electric vehicle category is expected to exhibit the fastest growth in the virtual power plant market, in terms of revenue, during the forecast period, based on consumer. Owing to the growing concerns over the pollution caused by petrol and diesel-based vehicles, there has been a rise in the sale of electric vehicles. The deployment of electric vehicle charging infrastructure is thus expected to raise the need for reliable power supply, which can be done through VPPs.

North America was the largest virtual power plant market during the historical period (2013–2017), and it is expected to maintain the same trend during the forecast period. This can be mainly attributed to the shift toward renewable energy sources, rise in the sale of electric vehicles, and the need for grid stability, which can be fulfilled through VPPs.

During the forecast period, the virtual power plant market is expected to witness the fastest growth in the MEA region, mainly on account of the development of new renewable power projects in countries such as Saudi Arabia, the U.A.E. and South Africa, which are presently primarily dependent upon conventional sources of energy, such as coal, oil, and gas. 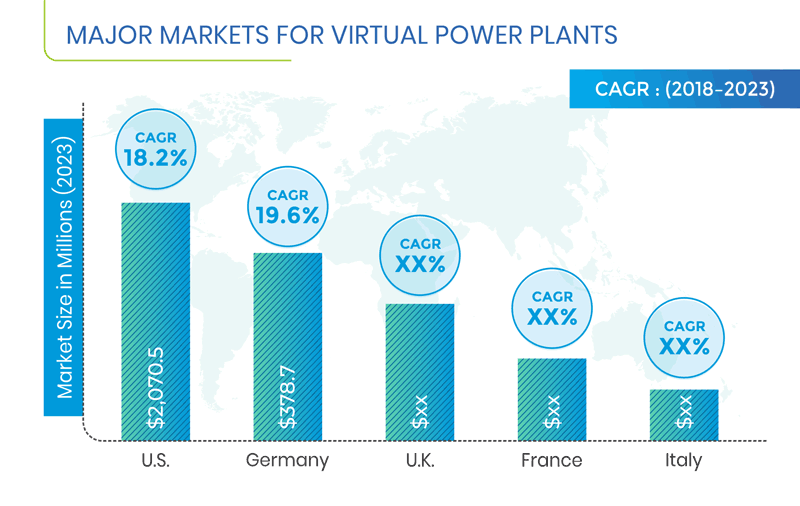 In recent years, the major players in the global virtual power plant market have taken several strategic measures, such as product launches, funding procurement, and geographical expansions, to gain a competitive edge in the industry. For instance, in February 2016, Siemens launched its new-generation VPP, which is essentially a decentralized energy management system (DEMS), operating on the company’s smart grid application platform, known as EnergyIP. The newly developed DEMS acts as a centralized application, which would help in planning, controlling, optimizing, and promoting the VPP concept.

Moreover, in May 2016, AutoGrid Systems secured an investment worth $20 million, through venture capital funding, from a consortium of Energy Impact Partners and China’s Envision Group. With the investment, the company is expanding its sales and marketing channels across North America, Europe, and Asia, to tap the emerging virtual power plant markets in these regions.