Asia-Pacific (APAC) is expected to be the fastest growing region in the automotive camera sensor market, during the forecast period. A considerable rise in the demand for these sensors, attributed to the increasing safety concerns of the consumers in developing economies, such as China and India, is expected to boost the market growth in this region. 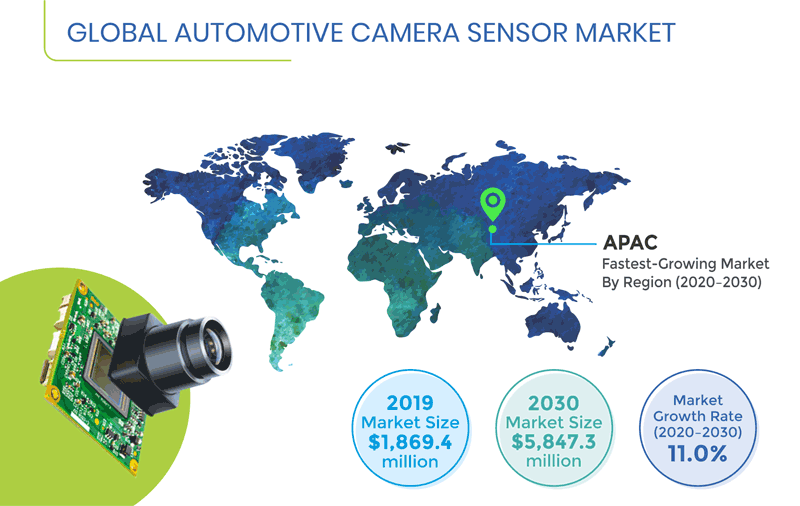 Collaborations and partnerships are a major trend being witnessed in the automotive camera sensor market. For instance, in January 2020, TriEye Technologies Ltd. (TriEye) entered into a partnership with Porsche Automobil Holding SE (Porsche), under which TriEye would integrate infrared image sensors in Porsche’s advanced driver-assistance systems (ADAS) and self-driving systems. The same month, ON Semiconductor Corp. partnered with Pony.ai Inc, for together developing next-generation image sensors and processors for autonomous vehicles.

The increasing adoption of ADAS features in vehicles is a significant driver for the growth of the market. In many countries across the world, governments are increasingly implementing regulatory policies, to encourage the incorporation of different ADAS features in the vehicles being produced. For instance, in the U.S., in 2017, 33 states introduced legislations regarding autonomous vehicles, and in 2018, 15 states enacted 18 bills related to the same. Thus, these supportive measures taken by the government of different countries are contributing to the growing demand for advanced camera sensors. 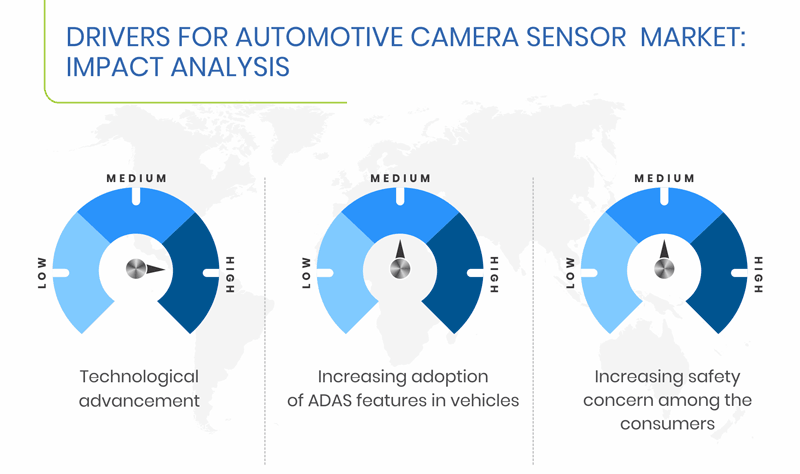 Complementary metal oxide semiconductor (CMOS) camera sensors are expected to be the fastest growing category in the automotive camera sensor market, based on type, during the forecast period, owing to their low power consumption rate, along with their lower cost. Moreover, the technical advancements in CMOS image sensors ensure a higher camera performance, which is further expected to propel the growth of the category.

Geographically, Europe was the largest region in the automotive camera sensor market, in terms of value during the historical period. The growing popularity of vehicle automation and increasing demand for connected cars, is the biggest reason for the dominance of the region. Furthermore, with the mandatory policies implemented by the European Union (EU) under the General Safety Regulation amended as on 2018, regarding the installation of certain safety features in the vehicles, is further contributing to the growing popularity of these sensors in this region.

In recent years, the major players in the global automotive camera sensor market have undertaken several strategic measures, such as investments, partnerships, and service launches, to gain a competitive edge in the market. For instance, in April 2019, OmniVision Technologies Inc. announced the launch of an automotive image sensor, OV2778. It is available for the automotive in-cabin market segment — 6.5 x 5.7mm automotive content security policy (CSP), making its size much smaller, to enable its effective placement inside the vehicle.

Based on Array Type