The Indian electric rickshaw battery market is expected to grow from $385.0 million in 2019 to $722.3 million in 2024, exhibiting a CAGR of 13.2% between 2020–2024 (forecast period). Moreover, in 2019, 4,290.9 thousand units of electric rickshaw batteries were sold in the country. Passenger carriers dominated the market between 2014 and 2019 (historical period), in terms of vehicle, owing to its greater usage among the commuters. These carriers are usually preferred by passengers due to the lower travel cost associated with these rickshaws.

The load carrier category is expected to register faster growth in the Indian electric rickshaw battery market during the forecast period. This is attributed to the expansion in the e-commerce industry and the low total cost of ownership (TCO) of load carriers.

Growing Average Age of Electric Rickshaws is Driving the Market 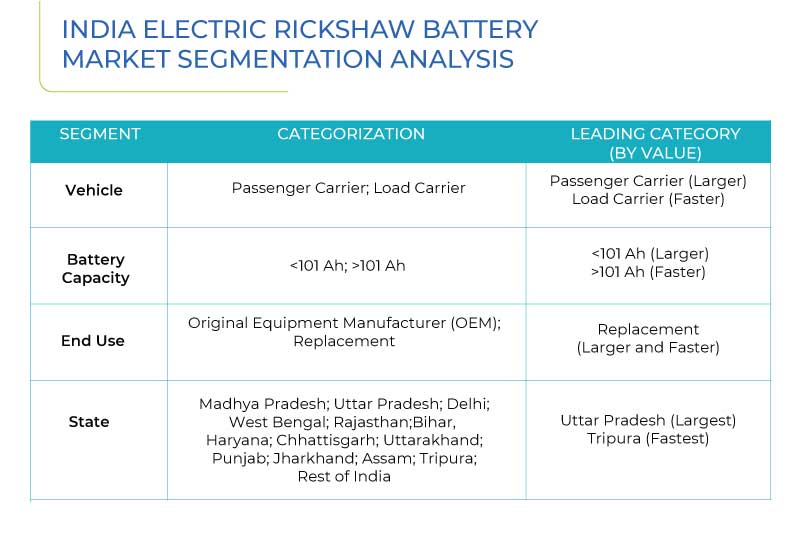 The Indian electric rickshaw battery market is fragmented in nature, with multiple small and unorganized local players operating at the city level. However, after the GST rollout in 2017, the share of unorganized players in the market significantly decreased, and it is expected to decline further during the forecast period. Among all the players, Exide Industries Inc. was the market leader in 2019, supplying batteries to more than 100 OEMs in the country.