Globally, Asia-Pacific (APAC) held the largest revenue share, of over 45.0%, in 2017, and it is expected to witness the fastest growth during the forecast period. This can be ascribed to the. 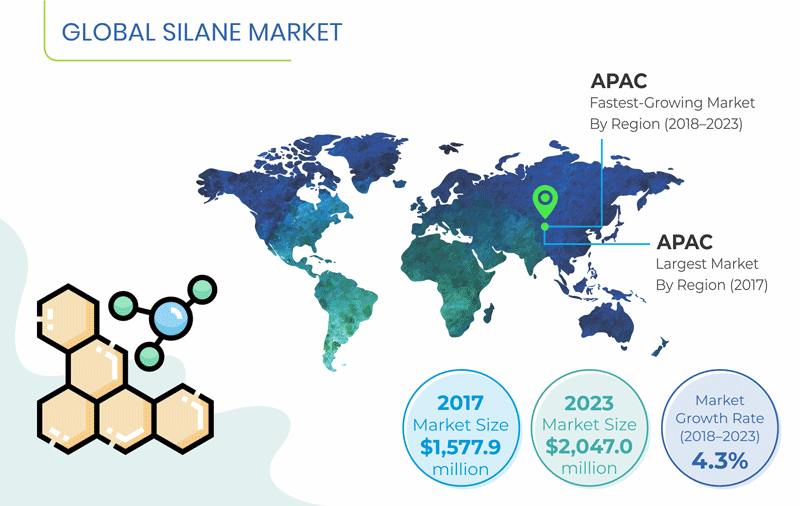 Businesses engaged in silane production have undergone rapid consolidation, through numerous merger and acquisition activities, in recent years. This trend in the silane market has resulted in the presence of fewer, but more competent and technology-driven players. For instance, in 2017, Momentive Performance Materials Inc., a manufacturer of silane products, acquired Sea Lion Technology Inc., another producer of silane products. The acquisition helped the former company expand its product line, with the addition of Sea Lion Technology’s NXT silane, to cater to the demand of tire manufacturers.

In the recent times, the demand for silane from the paint and coating manufacturing sector has witnessed an increase. Silane has the ability to provide excellent adhesion, in addition to high ultraviolet (UV), water, and chemical resistance, which make it suitable for use in paints. With the increase in automobile production across countries such as India, Indonesia, Brazil, Malaysia, and Thailand, and the resulting rise in the demand for paints and coatings, the silane market is projected to grow in the coming years.

The rise in the standards of living, with the increase in the disposable income, has significantly boosted the construction sector in the developing countries across the globe. In addition, the rise in the population has led to a surge in the requirement for better civic infrastructure, housing, and transportation facilities. Silane is used as a raw material, in high volumes, for the production of paints for buildings as well as automobiles. Hence, with the prosperity of these end-use industries, the silane market holds a strong potential for growth during the forecast period. 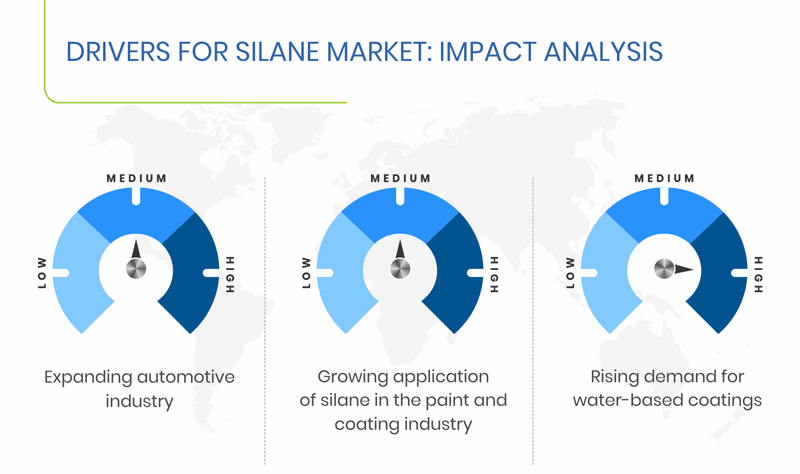 The mono/chloro category accounted for the largest share in 2017, in the silane market, when segmented on the basis of product. This can be ascribed to the high-volume usage of mono/chloro silane, as coatings on silicon and glass surfaces.

Paints & coatings are expected to demonstrate the fastest growth during the forecast period, in terms of application. Silane is vastly used during the production of paints and coatings, since it has the ability to improve the durability of the end products. In addition, it improves their hydrophobicity, thereby offering good resistance to moisture, which further promotes its consumption.

Geographically, APAC accounted for the largest share in 2017, in the silane market. The market in the region is expected to witness significant growth during the forecast period, owing to the projected increase in the demand for silane-containing products from the construction sector. In addition, the region is home to some of the fastest growing economies, including China and India, where the construction sector is booming, owing to which the demand for silane is expected to rise from the paints & coatings sector. 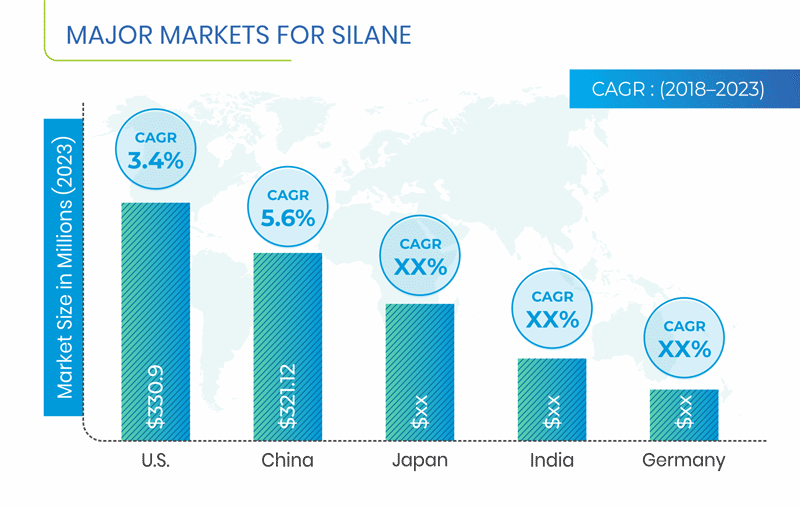 Several players in the silane market have taken strategic measures, in order to gain a larger share. For instance, in March 2017, ChemSpec, a chemical company based in Ohio, U.S., signed an agreement with Jingzhou Jianghan Fine Chemical Co. Ltd., under which ChemSpec became an exclusive distributor of Jingzhou Jianghan Fine Chemical Co. Ltd.’s silane products in North America.

The Silane Market report offers comprehensive market segmentation analysis along with market estimation for the period 2013–2023.