The COVID-19 pandemic forced governments across the world to adopt complete and partial lockdowns, which affected the import, export, and distribution of such products. Additionally, the major manufacturing countries in Europe, the Americas, and Asia announced a complete closure of borders to contain the virus. Furthermore, the pandemic caused an unexpected boom in the pharmaceutical industry due to the shift in the focus toward advanced drug delivery devices for the treatment of the disease, which has impacted the market for prefilled syringes positively (except the first and second quarters of 2020). 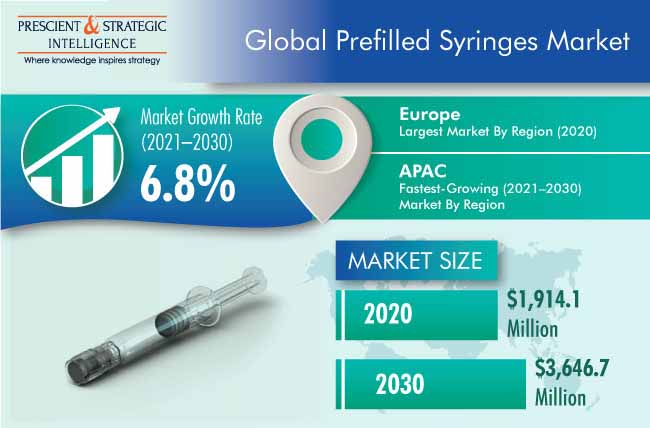 Better Features of Single-Chamber Prefilled Syringes To Drive Their Usage

Increasing Cases of Diabetes Led to Dominance of This Application Category

The diabetes category generated the highest revenue in 2020 in the prefilled syringes market, based on application. Furthermore, the diabetes category is expected to showcase the fastest growth in the forecast period. This can be mainly attributed to the increasing prevalence of diabetes across the world. According to the World Health Organization (WHO), between 2000 and 2016, there was a 5% increase in premature mortality rate from diabetes. Additionally, in 2019, diabetes was the direct cause of 1.5 million deaths.

Geographically, Europe was the largest contributor to the prefilled syringes market in 2020. This was mainly due to the presence of key market players, increasing awareness about safe injectable technologies, high healthcare expenditure, and rising prevalence of chronic and lifestyle-associated diseases in the region. According to Our World in Data, cardiovascular diseases and cancer were the top two causes of death in 2017. 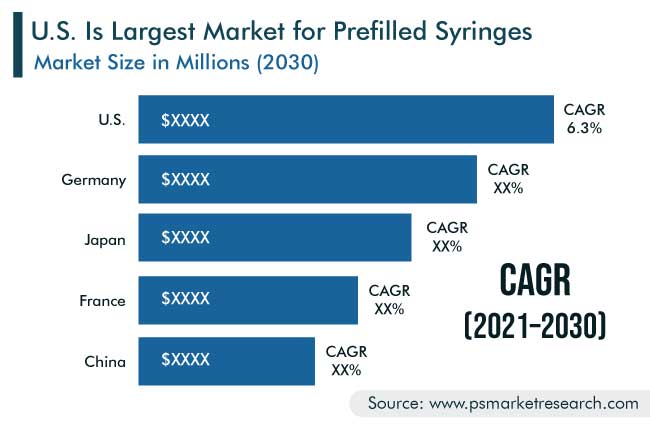 Injectable formulations are becoming more complex, and they need stringent quality control to meet the requirements of customers. Manufacturers have started to focus on the designing and production of prefilled syringes that can be used by individuals themselves. Thus, the focus of manufacturers is shifting toward self-administration dose syringes, rather than syringes used by hospitals or other healthcare providers, thus, further positively impacting the prefilled syringes market.

Therapeutic agents and vaccines are some of the injectable pharmaceutical products that are experiencing an increase in demand, thus leading to the growth of the prefilled syringes market. According to the WHO, around 16 billion injections, including 3% for immunization, 95% for curative care, and 2% for contraceptives and blood transfusion procedures, are administered every year. The use of prefilled syringes has some benefits over multi-dose vials, such as a reduction in drug wastage and simpler drug administration.

The global prefilled syringes market is consolidated in nature. In recent years, the players in the prefilled syringes industry have been involved in various partnerships and collaborations in order to attain a significant position. For instance: 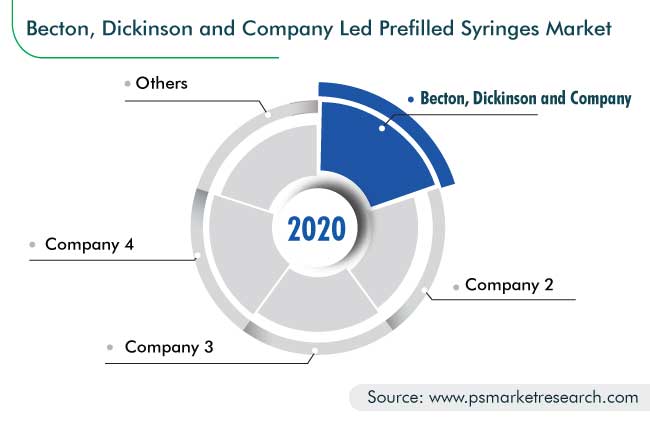 Some Key Players in Prefilled Syringes Market Are:

Based on Material Type