The Middle East and Africa (MEA) is expected to be the fastest growing power rental market during the forecast period. This can be mainly attributed to the high electricity demand arising from the end-use industries present in the region, including utilities, events, and construction. In addition, the market in the region is gaining momentum on account of the rapid industrialization and infrastructure development in countries including Saudi Arabia and the U.A.E. 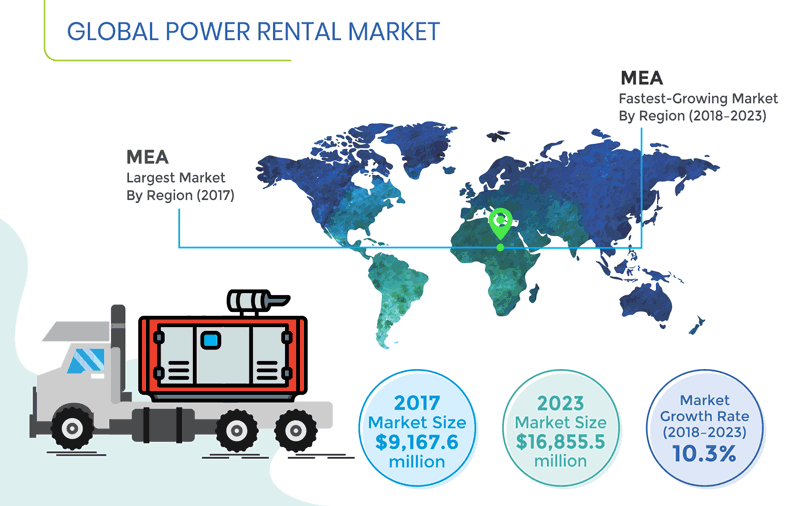 There has been a rapid increase in the demand for power from developing nations, such as China, India, South Korea, Brazil, Turkey, Thailand, and Qatar. These countries are undergoing technological advancements, along with increasing foreign investments in the construction sector, owing to which the demand for rented power is likely to rise. In addition to this, several leading North American and European companies are establishing their footprint in the power rental market in these countries, owing to their potential growth in the coming years. For instance, in January 2018, Aggreko PLC announced a joint venture, Shanghai Yude Aggreko Energy Equipment Rental Co. Ltd., with China-based power rental company Shanghai Yude, to expand its business in the country with a trusted local partner.

Outdated permanent power plants, which are inefficient in operations, end up causing environmental pollution. Governments across the globe are implementing stringent regulations for the shutdown of outdated power plants, thereby impacting the environment somewhat positively. While these power plants are inactive, they require power on rent for the redevelopment process. Therefore, with the stringency of regulations and shutting down and redevelopment of power plants, the power rental market holds immense potential for growth in the years to come. 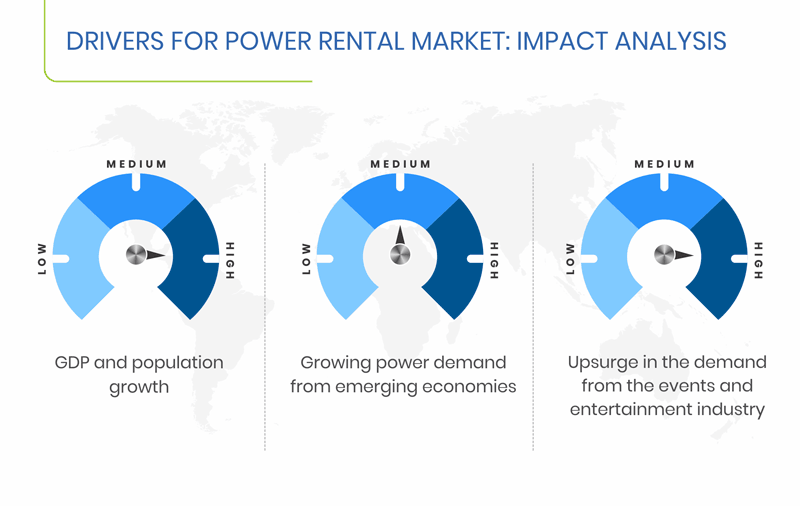 Diesel generators generated the highest revenue in the power rental market in 2017, on the basis of fuel type. This is attributed to the low purchase and maintenance cost of diesel generators compared to gas-fueled generators, owing to which diesel-fueled power rental equipment is more popular.

The continuous power category generated the highest revenue in the power rental market in 2017, based on application. Continuous-power generators are used at a wide range of settings, including mines, industrial sites, construction sites, and oil and gas plants.

The utilities sector is expected to register significant growth, in the power rental market, during the forecast period, based on end user. This can be attributed to the supply of rented power by utility companies for conversion or redevelopment process. With the aging network of thermal power plants across the globe, the demand for rented power is projected to grow in the utilities sector.

The market for the 51 kW–500 kW power rating category is expected to register the fastest growth, in the power rental market, during the forecast period. This can be ascribed to the high demand for these generators owing to their mobility features, along with suitability for a wide range of industries.

Globally, MEA was the largest region in the power rental market during the historical period (2013–2017). This is attributed to the increasing demand for electricity from the construction sector, along with the need to supply power at outdated power plants. In addition, the increase in infrastructure investments, in countries such as the U.A.E., Oman, and Saudi Arabia, is expected to further propel the demand for rented power in the region in the coming years, owing to which the market here is expected to witness the fastest growth during the forecast period. 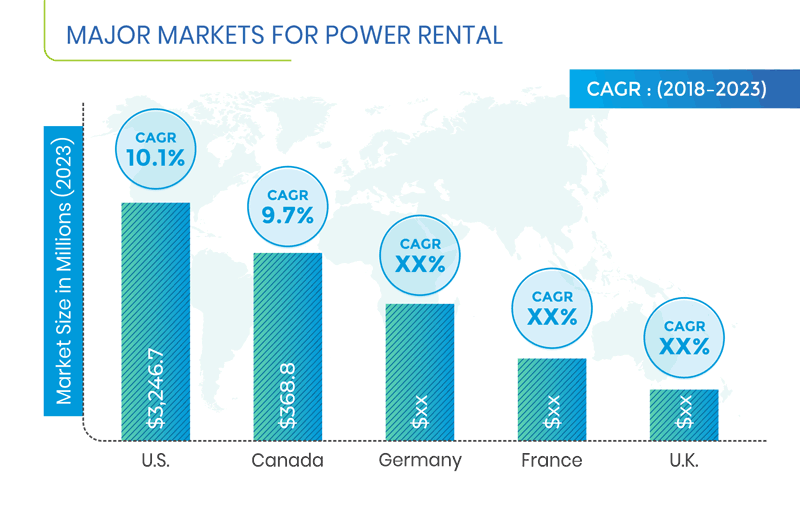 The global power rental market is fragmented in nature, with the top five players accounting for a share of only around 35% in 2016. Some of the leading players in the market include Ashtead Group PLC, Caterpillar Inc., Aggreko PLC, United Rentals Inc., APR Energy, Cummins Inc., Atlas Copco AB, Al Faris Group, and Herc Holdings Inc.

In recent years, the major players in the power rental market have taken several strategic measures, such as product launches, partnerships, mergers, acquisitions, and geographical expansions, to improve their position in the industry. For instance, in October 2017, United Rentals Inc. completed the acquisition of NES Rentals Holdings, for $965 million, to boost its capabilities and efficiencies of scale, mainly in the southern U.S. geographies, such as the East Coast, Gulf States, and Midwest.