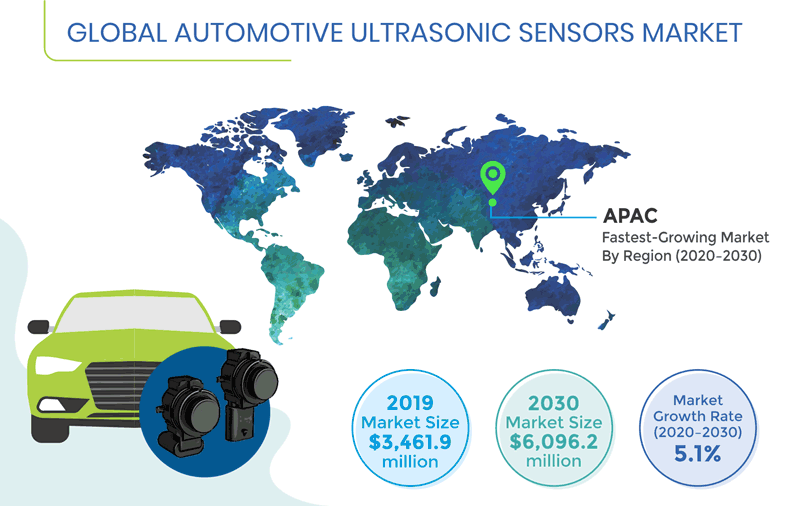 The ongoing technological innovations in automotive sensors are a major trend being observed in the automotive ultrasonic sensors market. The players in the market are constantly innovating and updating their product offerings, thereby catering to the growing need for them in autonomous vehicles. For instance, in September 2019, TDK Corp. launched a new series of ultrasonic sensor disks, based on ceramics, which would aid in park assistance, blind spot monitoring, level measurement for fuel or selective catalytic reduction (SCR) tanks, and interior monitoring for anti-theft systems.

The increasing adoption of advanced driver-assistance systems (ADAS) in semi-autonomous vehicles (with level 1, 2, and 3 autonomy) is one of the key drivers for the growth of the automotive ultrasonic sensors market. These sensors enable different advanced driver-assistance systems (ADAS) to function, including blind-spot detection and self-parking, which aids in the transition toward autonomous vehicles and eases concerns over probable problems with the detection of various objects around vehicles. Thus, with the growing adoption of autonomous vehicles, the demand for ultrasonic sensors is expected to surge in the coming years. 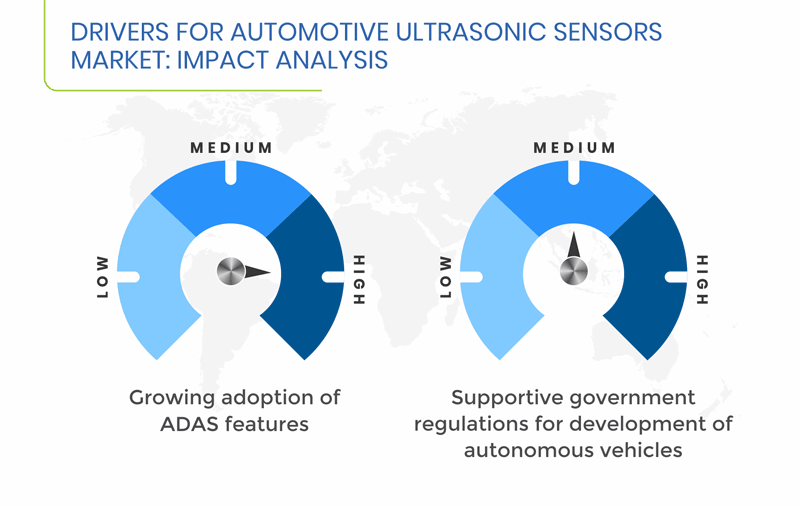 The commercial vehicle category is expected to exhibit faster growth during the forecast period, in the automotive ultrasonic sensors market. The growing adoption of these vehicles in the logistics industry, coupled with the projected implementation of autonomous features in these vehicles to enhance the logistics activities, are expected to drive the growth of this category.

Geographically, Europe was the largest region in the automotive ultrasonic sensors market, during the historical period. The growing deployment of autonomous features in the vehicles, along with the supportive regulatory policies implemented by the government of different countries, is the major contributor to the growth of the regional market. The prosperity of the market in this region is also propelled by the presence of some renowned automotive giants, such as Bayerische Motoren Werke (BMW) AG, Volkswagen AG, Daimler AG, Fiat Chrysler Automobiles NV, and the Renault–Nissan–Mitsubishi Alliance.