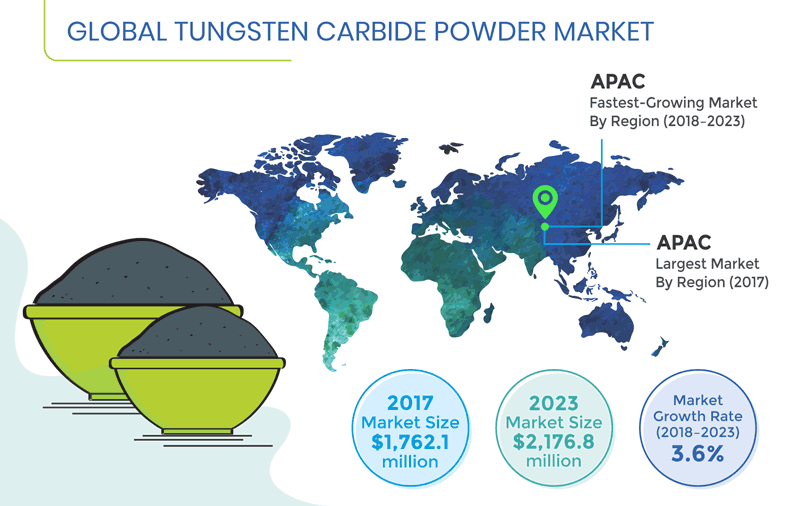 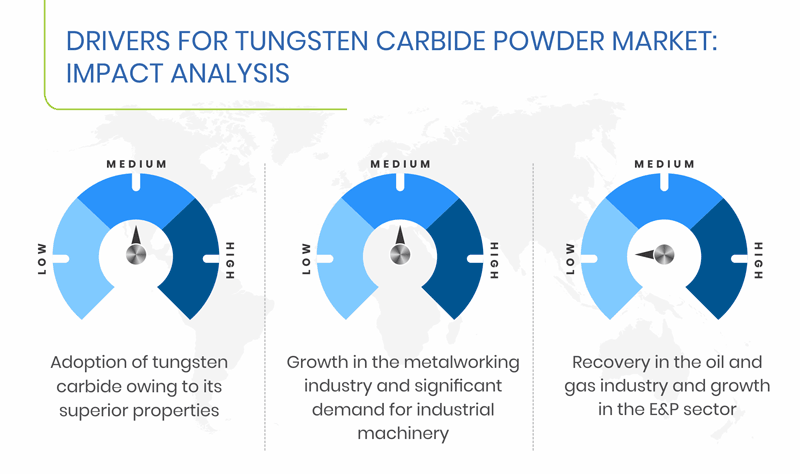 The rotary drilling & mining grades category is expected to exhibit the fastest growth over the forecast period, in terms of value, owing to their large-scale demand in the oil & gas, agriculture, construction, and mining industries.

Cutting tools were the largest category in application area in 2017, in terms of value. This is ascribed to the fact that tungsten carbide powder is widely used in manufacturing of cutting tools used in the automotive and construction industries for metal cutting and stone working purposes.

The oil & gas industry is projected to be the fastest-growing end-use category in the tungsten carbide powder market during the forecast period, in terms of value. This can be attributed to the increasing exploration & production (E&P) spending, coupled with increased shale gas exploration.

Globally, the APAC region dominated the tungsten carbide powder market throughout the historical period and is expected to maintain the trend during the forecast period as well. This can be mainly attributed to the forward and backward integrated in the value chain of the market in China, significant mining and production facilities, and in-house ability to manufacture cemented carbides. 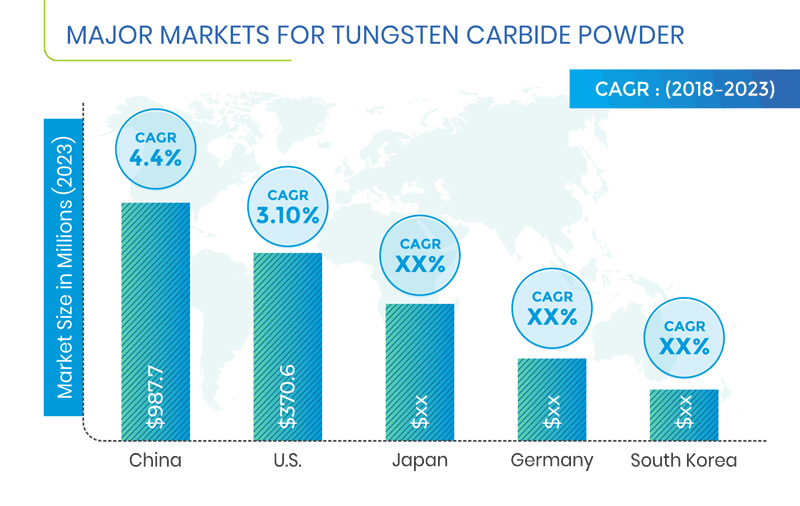 In recent years, major players in the tungsten carbide powder market have taken several strategic measures, such as acquisitions and geographical expansion, to gain a competitive edge in the industry. For instance, in October 2017, OC Oerlikon Corporation AG acquired Primateria AB in Sweden and signed an agreement to acquire the assets of DiaPac LLC and Diamond Recovery Services Inc. (DRS) in the U.S., to enhance its product portfolio. With such acquisitions, the company also aims to strengthen its technical expertise in the production, processing, and recycling of advanced materials, such as tungsten carbide.

Moreover, in September 2018, National Mineral Development Corporation sought license for exploration of tungsten in the Kimberley region of Australia. Upon its approval, the company plans to produce tungsten metal on a large scale. This development is also expected to result in high availability of tungsten carbide powder in the market.

Based on Grain Size