APAC is expected to witness the fastest growth among all regions in the industry during the forecast period. This can be mainly attributed to the presence of key players in the region and extensive support from the government in terms of funding and grants for promoting solar and wind energy. Additionally, the governments are offering sops to residential consumers for installing solar PV systems, which in turn, has, increased the demand for micro inverters. 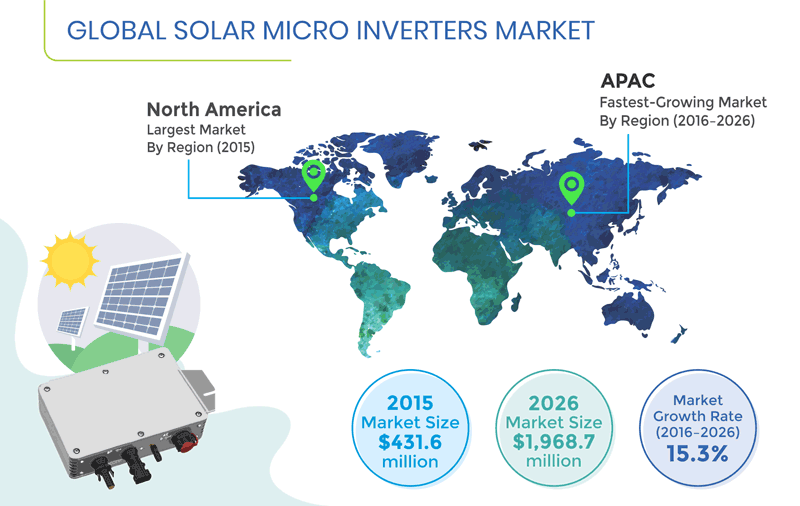 Growing focus toward integrated module is witnessed as a key trend in the solar micro inverters market. These integrated modules are designed to reduce the labour costs and installation time and streamline the overall operation and maintenance in the field. These modules offer up to 25% more power than conventional systems.

The prices drop of micro inverters and government initiatives have resulted in higher adoption of photovoltaic (PV) installations across the globe. This is due their optimal performance, cost-effectiveness, and safety features. Further, growing PV installations increases the demand for the micro inverters. 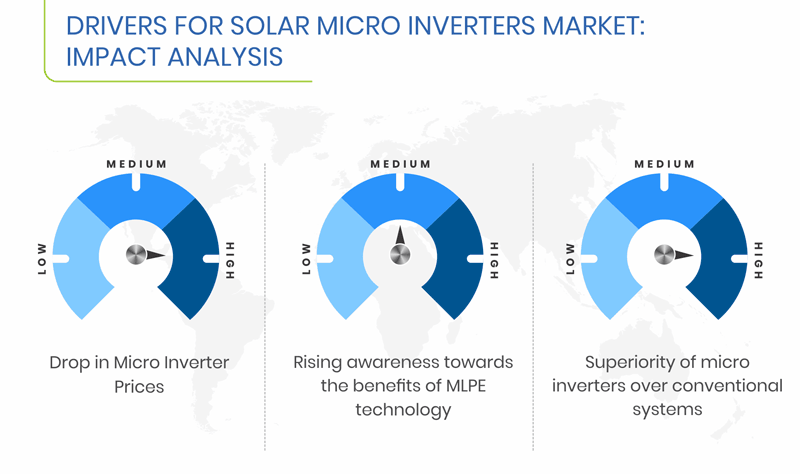 The integrated category is expected to exhibit faster revenue growth during the forecast period in the solar micro inverters market. This can be attributed to the decline in micro inverter prices, growing focus of key players toward integrated module systems, increasing product launches, and continuous rise in the number of strategic partnerships.

North America was the largest region for the global solar micro inverters market during the historical period and is expected to maintain the trend during the forecast period as well. This can be mainly attributed to the large number of residential PV installations and government initiatives for solar PV systems. Considering the future industry scenario, the U.S. is expected to lead the North American market, generating revenue worth $827.8 million in 2026.

The APAC region is expected to witness the fastest revenue growth during the forecast period, mainly on account of growing PV installations in China, high demand for power supply, substantial reduction in the costs of micro inverters, improved device features, and enhanced efficiency. China is expected to lead the APAC solar micro inverters market over the forecast period, on account of extensive government support in terms of funding and grants for promoting solar and wind energy. 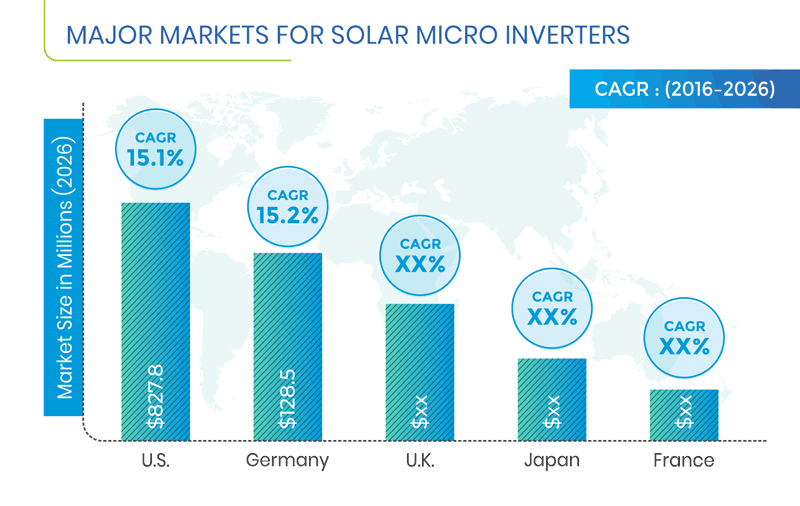 In recent years, major players in the solar micro inverters market have taken several strategic measures, such as product launches and geographical expansions, to gain competitive edge in the industry. For instance, in July 2016, Enphase Energy Inc. entered into strategic partnership with four key distribution partners to strengthen its operations in Benelux. These four distribution partners include Alma Solar, Gutami Solar, Mijn Energiefabriek, and Natec.