The Asia-Pacific (APAC) methionine market is expected to witness the fastest growth during the forecast period. This can be mainly attributed to the presence of key players in the region and increase in methionine production capacity in order to cater to the high demand for animal feed in the region. 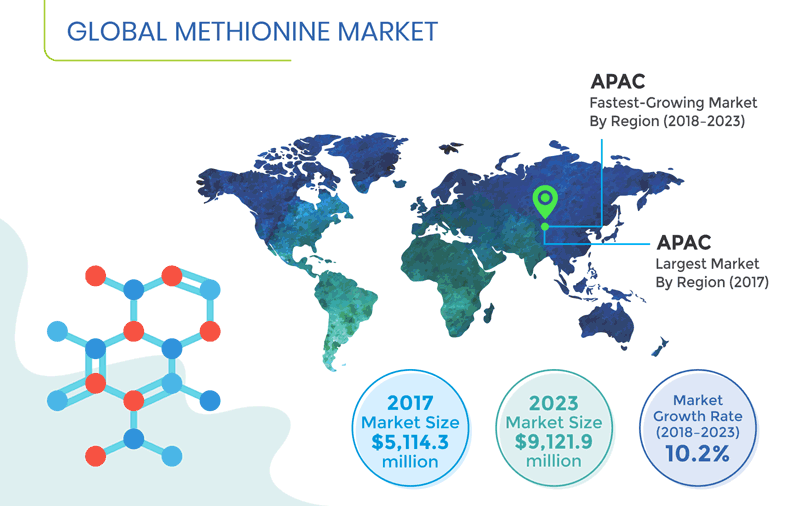 Growing demand for animal feed in the poultry industry is one of the key factors driving the methionine market. The demand is increasing at an exponential rate due to the increasing consumption of meat and egg. Methionine helps in the growth and development of the digestive tract of animals that plays a key role in increasing muscle mass and improving egg production of poultry animals. 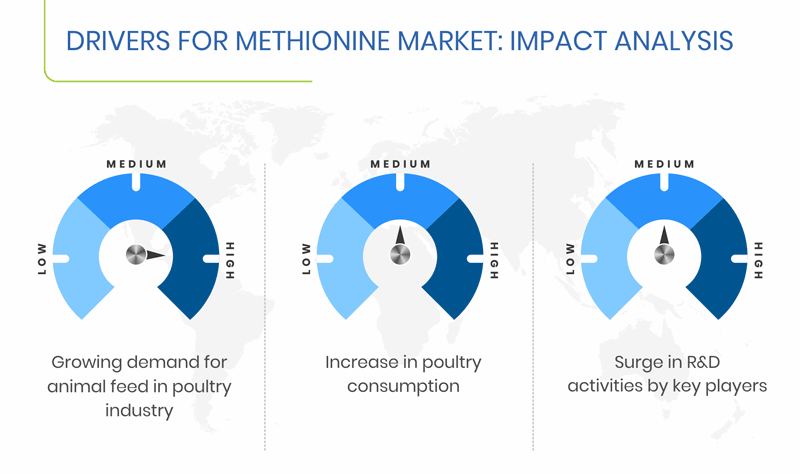 The use of methionine in pharmaceuticals application is increasing, owing to its therapeutic advantages in treating liver cirrhosis, toxic hepatitis, pneumonia, and copper poisoning. It is used as a buffering agent in analgesics and antacids to treat aforementioned diseases, which is expected to provide lucrative opportunities in the methionine market.

The liquid category is expected to exhibit faster volumetric growth during the forecast period, with a CAGR of 32.2%, on the basis of form. This can be attributed to the increasing production capacity of liquid form by key players, such as Bluestar Adisseo Company and Novus International Inc., in the methionine market.

The DL-methionine category held the largest volume share in 2017, among all types, in the methionine market. This is ascribed to its wide applications in food processing, pharmaceuticals, and animal husbandry.

The animal feed additives category held the largest volume share in 2017, based on application, in the methionine market. This is attributed to the growing consumption of meat and egg worldwide. This leads to increase in demand for more poultry production, which prompts farmers to use methionine in animal diet to increase productivity.

Globally, APAC was the largest as well as the fastest-growing market for methionine during the historical period and is expected to maintain the trend during the forecast period as well. This can be mainly attributed to the presence of established players, and growing demand for animal feed. Considering the future industry scenario, China is expected to lead the APAC market, generating revenue worth $1,946.9 million, by 2023. 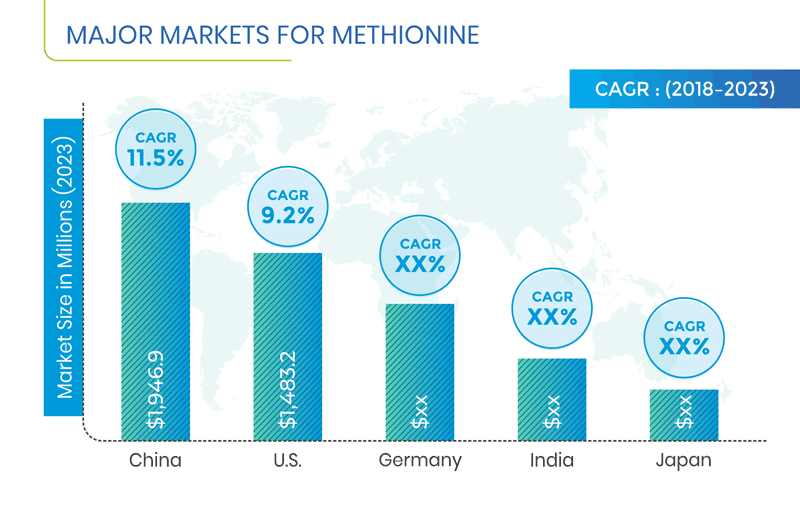 The methionine market is consolidated in nature, characterized by the presence of established companies, such as Evonik Industries AG Corporation, Bluestar Adisseo, and Novus International Inc. Some other players in the market include Sumitomo Chemical Company Limited, Arkema Group, Archer Daniels Midland (ADM) Company, Ajinomoto Co. Inc., and BASF SE.

In recent years, major players in the global methionine market have taken several strategic measures, such as product launches and geographical expansions, to gain a competitive edge in the industry. For instance, in March 2018, Bluestar Adisseo Company started the construction of new liquid methionine factory in Nanjing, China. This factory is designed to produce 180,000 tons of liquid methionine every year. After the completion of the new factory, Adisseo will be able to double its total capacity in Nanjing. The new factory is be expected to come into operation by the middle of 2021.

The Methionine Market report offers comprehensive market segmentation analysis along with market estimation for the period 2013–2023.