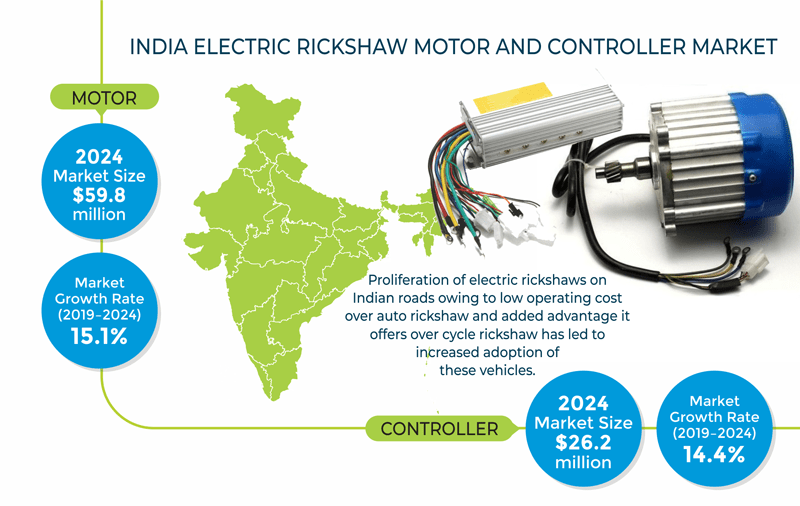 On the basis of vehicle, the electric rickshaw motor market has been categorized into battery rickshaw, e-auto, and retrofitted rickshaw. Of these, battery rickshaws recorded the largest demand in 2018, with around 95% of total volume sales. Battery rickshaws are considered a better alternative to cycle rickshaws, as they are comparatively easy to operate and require no human power for propulsion. Furthermore, they are less expensive and have low operating cost than conventional auto rickshaws. Such factors led to increased demand of battery rickshaws and its motor.

OEM and aftermarket are the two broader users of electric rickshaw motors. The demand of these motors has been more from OEMs than aftermarket.

Based on vehicle, the electric rickshaw controller market has been categorized into battery rickshaw, e-auto, and retrofitted rickshaw. Among these, controllers used in battery rickshaw dominated the market in the historical period both in terms of volume and value. In 2018, the category alone held more than 95% market share in terms of volume and is estimated to continue dominating the market during the forecast period.

Geographically, Delhi has been the largest market for these controllers during the historical period, where it held near about 30% share in total volume sales in 2018. However, Uttar Pradesh is expected to become the largest market in 2023 and 2024. 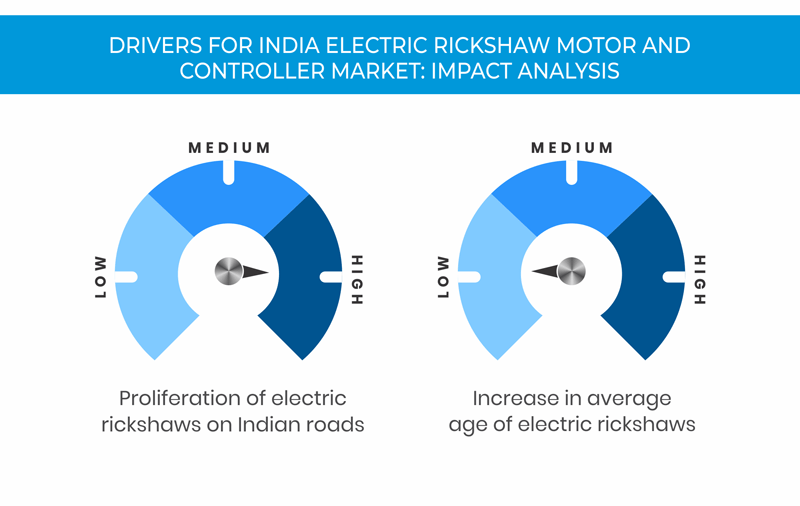