Asia-Pacific (APAC) is expected to witness the fastest growth in the industry during the forecast period. The growth of the control valves market in the APAC region is mainly driven by the high demand for these components from different industries, for maintaining the production and flow rate of fluid. Further, the rising energy demand, due to the growing population, also boosts the demand for control valves in this region. 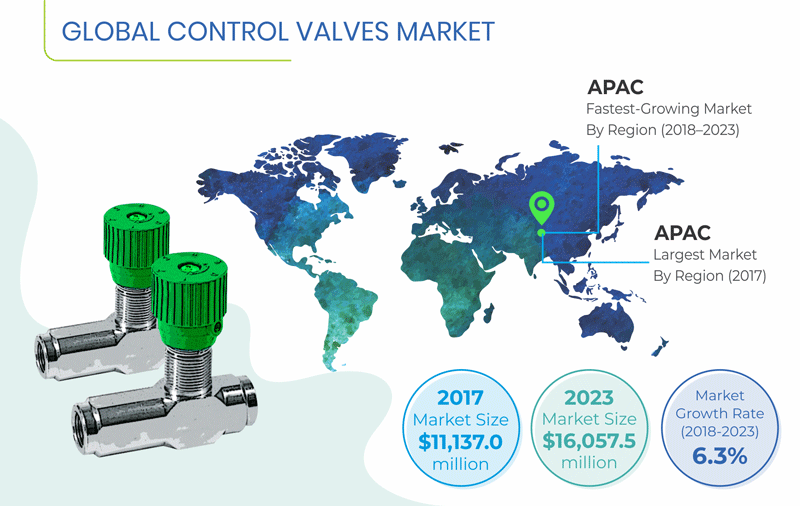 Traditionally, the control valves were mechanically used, without any processor or chip being embedded in them. However, the compounding demand for energy has put pressure on the power sector to improve their operations, which is why companies are now adopting processor-embedded valves. This new technology allows the valves to deliver real-time data on flow rates and operating conditions and helps in predictive maintenance and mitigating unplanned shutdowns, which is why it is trending in the control valves market.

The increasing energy demand, due to the booming population, leads to the growth of the energy sector, which helps supply the raised energy amount. As the demand surges, consistent performance is becoming even more important, as are the advancements in the equipment required for the production, transportation, and processing of energy. To meet this demand, valves are required in power plants, which is expected to drive the growth of the control valves market during the forecast period.

The discovery of new fossil fuel reserves in the APAC region is expected to create immense opportunities for the players operating in the control valves market. Due to the advancements in the exploration technology, new reserves of oil and gas have been found in different countries in the APAC region, such China and Thailand. These discoveries will lead to the increasing exploration and production activities, which, in turn, will result in the heavy usage of control valves. 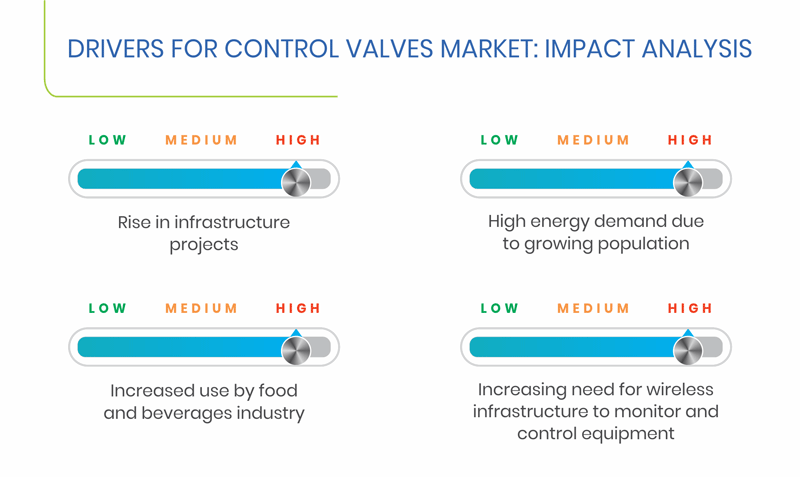 The butterfly valve category, by type, accounted for the largest share, in terms of volume, during the historical period (2013–2017), on account of small size of such variants and their ability to open and close quickly when actuated. Additionally, butterfly valves are precise in controlling the flow of the liquids, which makes them advantageous in industrial applications.

The demand for control valves from the pharmaceutical industry is expected to witness the fastest growth, in the global control valves market, during the forecast period, on account of the importance of maintaining the hygiene and proper flow of the raw materials required for the production of medicines.

Globally, APAC was the largest market for control valves in 2017, accounting for nearly 50.0% revenue in the market. The demand for control valves here is driven by the high economic growth rate, developing infrastructure, growing demand for energy, and the shift in the production of control valves from developed countries to this region. China was the leading country in the APAC control valves market, accounting for a nearly 35.0% market share, in terms of volume, in 2017, due to the growing penetration of such devices in different industries, such as oil and gas, power generation, water and wastewater treatment, and automotive, along with the increasing number of infrastructure projects in the country. 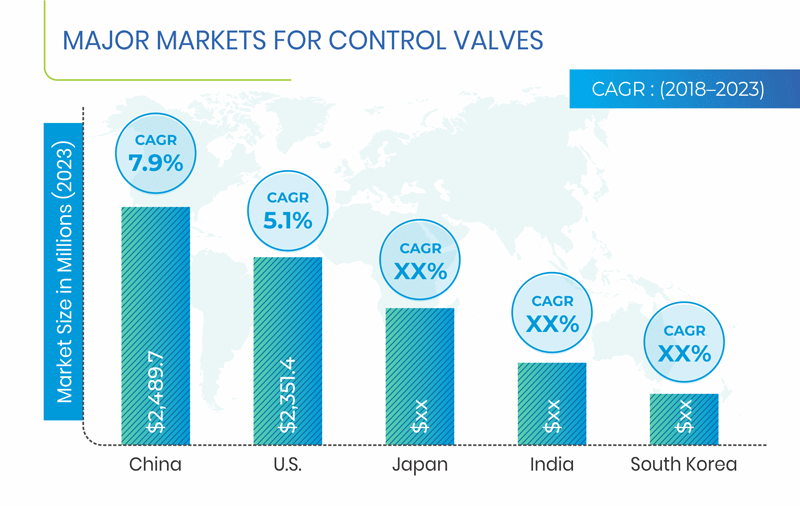 In recent years, the major players in the control valves market have taken several strategic measures to gain a competitive edge in the industry. For instance, in September 2017, Samson AG acquired SED Flow Control GmbH, headquartered in Bad Rappenau, Germany. With this acquisition, Samson AG has expanded its product portfolio for the pharmaceuticals and biotech as well as the food and beverages domains. This acquisition will help in further strengthening Samson AG’s role in the pharmaceuticals and biotech sector.

Based on Actuation Technology