The APAC electric three-wheeler market is forecasted to amount to $11,935.1 million by 2023, registering a CAGR of 4.1% during the forecast period. The market has witnessed significant growth in the recent past, owing to low ownership cost, government support, environmental regulations, and declining battery prices. 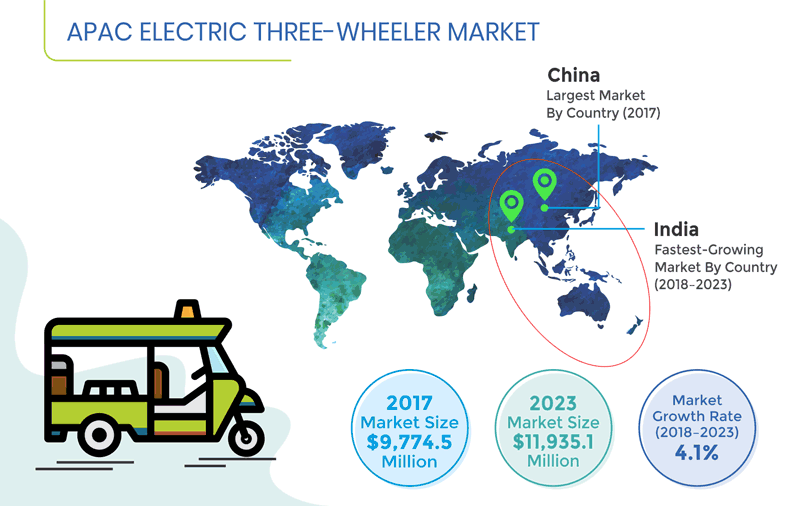 Based on vehicle, the APAC electric three-wheeler market has been categorized into passenger carrier and load carrier. Of the two, the passenger carrier category recorded higher sales in the historic period. Also, the category is expected to continue dominating the market during the forecast period, owing to the demand for low-cost shared mobility and the presence of large consumer base in the region. However, faster growth is expected from the load carrier category during the forecast period, attributable to the growing e-commerce industry and low operational cost of electric load carrier as compared to the conventional fuel-based load carrier. 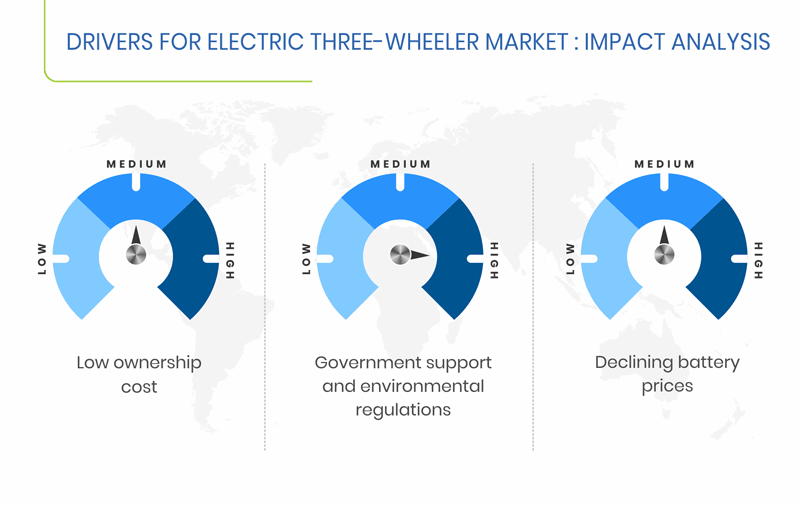 Also, the uptake of electric three-wheelers in APAC countries has increased over the recent years due to the favourable government policies and support in the form of subsidies and tax rebates. For instance, as per Faster Adoption and Manufacturing of (Hybrid &) Electric Vehicles (FAME) in India, the government is providing subsidies ranging from $370 (25,000 INR) to $900 (61,000 INR) based on the model and the OEM, thus, driving the growth of the electric three-wheeler market in India. Moreover, in other countries of the APAC region, such as China and Bangladesh, in order to curb the issue of rising environmental degradation due to the tailpipe emissions from the petrol/diesel based three-wheelers, the adoption of electric three-wheelers is on the rise, thereby driving the market growth.