The acetic anhydride market stood at $3,476.1 million in 2019, and the market size is expected to demonstrate a CAGR of 2.3% during the forecast period (2020–2030). Some of the key growth factors for the acetic anhydride industry include the rapid expansion of the pharmaceutical sector in the Asia-Pacific (APAC) region and rise in the number of geriatric patients. 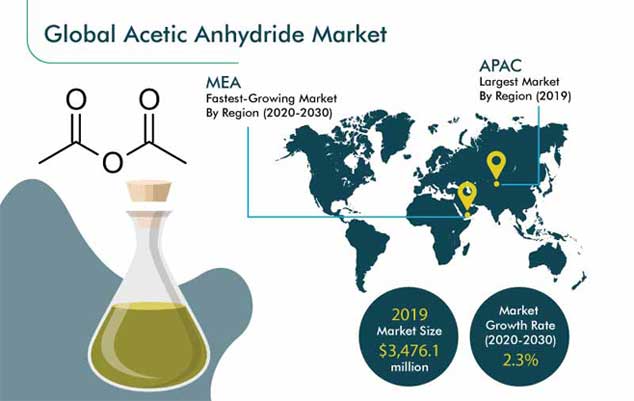 The global market is likely to be negatively impacted due to the coronavirus pandemic, showcasing a significant rise in the price of acetic acid, which is a key raw material for the production of the compound. The market has witnessed supply chain disruptions due to the shutdown of Chinese factories and increasing interest of manufacturers in sourcing raw materials from countries other than China. Such factors are creating a turmoil in the supply chain of the chemical compound.

The tobacco category is expected to account for the largest market size in 2030, on the basis of end-use industry, on account of generating the highest demand. Cigarette filters are made from cellulose acetate, which helps in the prevention of the passage of excess nicotine and tar inside the consumer. In order to meet the rising demand for cellulose acetate, for cigarette production at a global level, the consumption of the compound has increased. In addition, with the increasing cigarette consumption worldwide, the acetic anhydride market is projected to grow during the forecast period.

The APAC region held the largest share in the acetic anhydride market in 2019, and the trend is likely to continue during the forecast period. This can majorly be attributed to the high-volume production of cellulose acetate, which requires the compound as a synthesizer. Cellulose acetate witnesses a high demand, owing to its usage in the manufacturing of cigarette tows, plastic products, and textile fibers.

Moreover, the pharmaceutical sector in the region is expected to showcase fast-paced growth, on account of the increasing investments, which, in turn, are augmenting the industrial demand for the chemical compound, as a synthesizer for medicated drugs, such as aspirin.

With the growth of the end-use industries in the developing countries of the region, including China, India, and several Southeast Asian countries, the consumption of the compound is projected to increase in the coming years, thereby propelling the acetic anhydride market in the region. 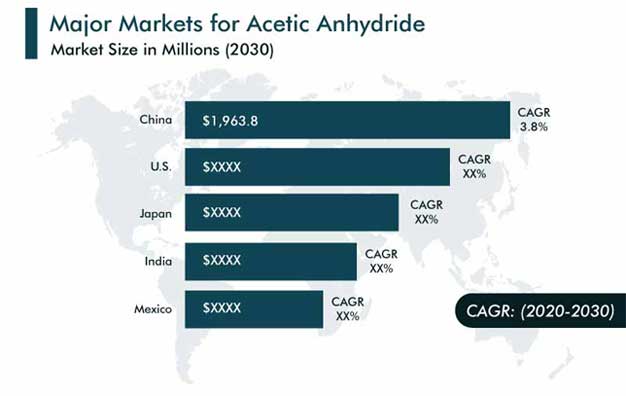 The consumption of the chemical has increased significantly in Middle Eastern countries, majorly on account of the high demand for it in several industrial applications. These include the usage of the compound as a food additive, along with its requirement as a synthesizer for cellulose acetate, for the production of cigarette filters. In addition, the market demand is expected to increase from the textiles industry, owing to the usage of the chemical in automotive upholstery, as well as home-furniture upholstery.

Moreover, the acetic anhydride market in the region is expected to grow on account of the increasing investments in the chemical manufacturing sector of Saudi Arabia, owing to the high growth potential of the chemical sector in the country.

In the recent past, the healthcare sector in the developing countries of the APAC region, including China, India, Thailand, and Indonesia, has witnessed a rapid surge, on account of the increasing research and development (R&D) investments, along with the geographical expansion of large medical drug manufacturers in the APAC region. This is attributable to the high growth potential of the medical sector in these markets, along with the availability of low-cost labor and raw materials.

This, in turn, is creating a significant demand for the compound, owing to the requirement for the compound as a synthesizer in aspirin, acetaminophen, and several other medicated drugs. With the increasing number of drug manufacturing plants in the region, the consumption of the compound is projected to increase, thereby providing a boost to the global acetic anhydride market. 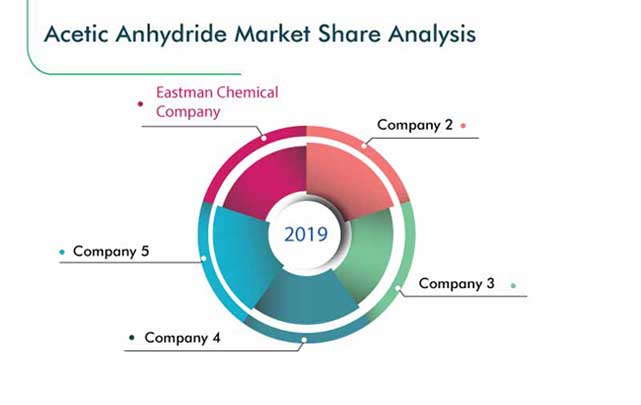 In recent years, the players have entered into agreements, in order to capture a larger share of the industry, collectively. For instance:

Some of Key Players in Acetic Anhydride Market Are: