The Middle East and Africa (MEA) region is expected to be the fastest growing polymer concrete market during the forecast period. This can be attributed to the growing construction activities in the region, and diversifying economy to other sectors, such as infrastructure, to reduce dependence on the oil and gas sector. 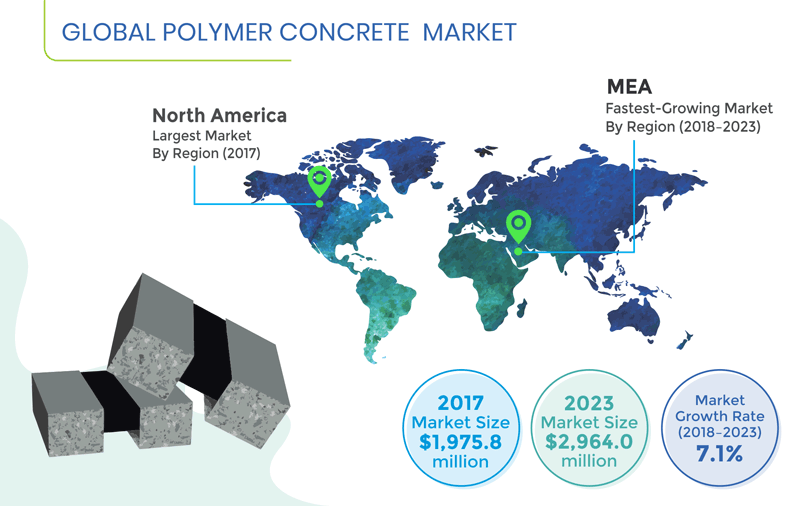 Growing awareness among people regarding the high performance of polymer concrete is the major trend witnessed in polymer concrete market. The traditional forms of concrete suffer from poor insulating properties and high installation time. Polymer concrete exhibits high-performance properties, such as high impact resistance and high tensile strength, which is leading to its increased adoption.

The increasing use of polymeric material for repair and maintenance activities in the infrastructure sector drives the growth of the polymer concrete market. For example, emergency repairs of airport runways are very disruptive for airport operations; rapid patch polymer concrete assures the repair in a very short time. It is used in a variety of applications, including nuclear power plants, kerbstones, roads, marine works, and waterproofing of buildings.

One of the major opportunities in the polymer concrete market is the emergence of fiber-reinforced polymer concrete. The concrete is improved by the addition of carbon fibers for high-tensile strength. Hence, the development of new forms of fiber polymer materials is expected to create immense opportunities for the growth of the market. 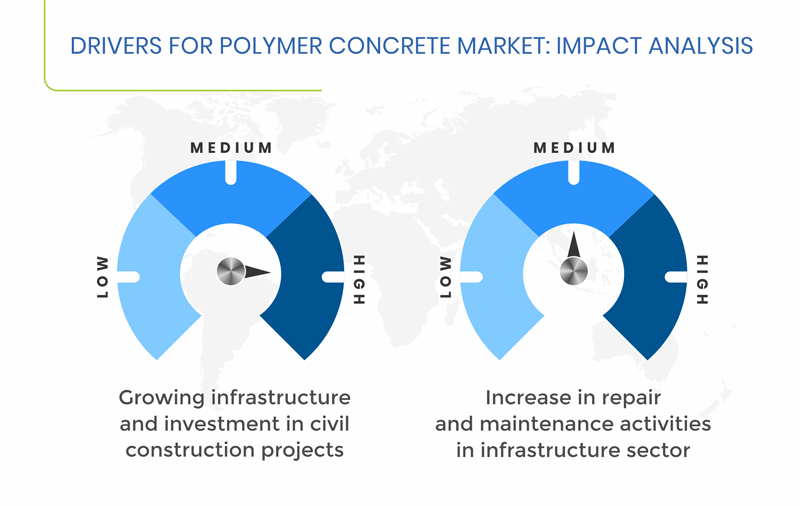 The polymer modified concrete (PMC) category is expected to witness fastest growth during the forecast period in the polymer concrete market. This can be due to concrete properties, such as high flexural strength, improved freezing resistance, and superior bond strength.

North America was the largest market for polymer concrete during the historical period and is expected to maintain the trend during the forecast period as well. This can be mainly attributed to increasing repair and restoration of existing structures. Considering the future industry scenario, the U.S. is expected to lead the North American region, generating revenue worth $504.3 million in 2023. 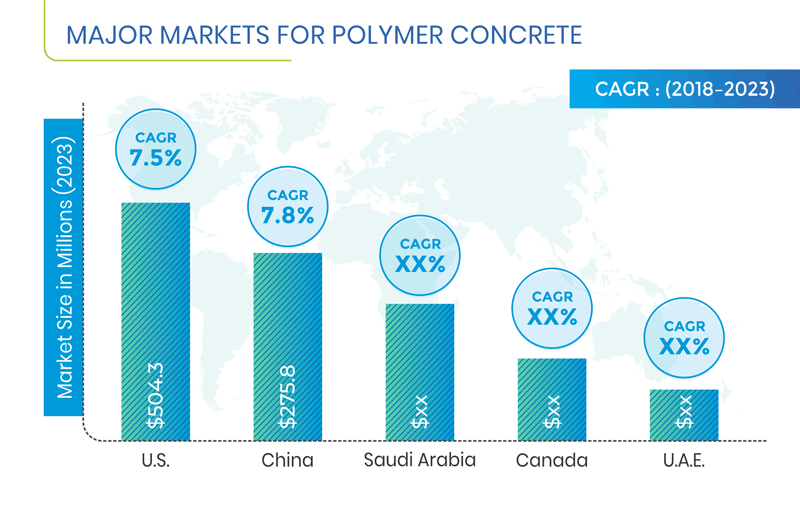 In recent years, major players in the polymer concrete market have taken several strategic measures, such as product launches and geographical expansions, to gain a competitive edge in the industry. For instance, in November 2017, Sika AG opened its first concrete admixture production plant in Ethiopia. The plant is designed to produce construction materials in various categories, such as admixtures, waterproofing, sealing and bonding, refurbishment, flooring, and roofing.